The Gift of Life Baton: a symbol to inspire and unite

Universal, inspiring, inclusive. These are just some of the ideas that spring to mind when admiring the new Gift of Life Baton launched at Olympic House in Lausanne Switzerland by the Australian Ambassador to Switzerland, Mr Philip Green, in the presence of the President of the International Olympic Committee President, Thomas Bach, and representatives of the World Transplant Games Federation (WTGF) from over 30 countries.

The Gift of Life Baton is a gift from Transplant Australia and the Australian Government to the world transplant community to act as a universal beacon between each World Transplant Games.

WTGF President and Transplant Australia CEO Chris Thomas said the Baton was the culmination of a six-year dream.

“We are all familiar with Olympic torches as they wing their way across the world in the lead up to the Olympics. The Commonwealth Games also celebrates its contribution to the world of sport through a baton,” Mr Thomas said. “Many countries also have their own symbols recognizing organ donation and the gift of life.”

“Transplant Australia wanted to recognize all donors. The baton is a symbol of the gift of life that is given from donor to recipient.  It is designed to be embraced by all countries, with the simple wording “Thank You” engraved in multiple languages.  It also features the World Transplant Games logo as a uniting symbol of the global transplant sport community.”

Federal Minister for Sport, The Hon Anika Wells, said, “The Australian Government is a proud supporter of Transplant Australia and the World Transplant Games. Transplant recipients are some of the most inspiring athletes that I have met.  To not only overcome adversity of failing health but then to strive and exceed on the sporting field is incredible.

“We are truly honoured to present the Gift of Life Baton to the World Transplant Games Federation. We know it will act as beacon for communities across the world to see the living proof of donation in the lives of transplant recipients.”

Transplant Australia worked with Media Junction Director, Jason Pearce in Perth. Jason was ideally suited to help bring the concept to life, having had a heart transplant for 5 years.  They then selected Form Designs Australia to bring the project to life.

Principal Edward Khoury explained, “Form Designs are honoured to be involved in the development of this important, iconic symbol. Form Designs have been involved in industrial design for four decades and have developed many global products but nothing as remarkable as this.”

Uniting all those touched by transplantation and donation, the Gift of Life Baton will tour Australia in the lead up to the 2023 World Transplant Games, commencing with a presentation in Parliament House, Canberra.

The Gift of Life Baton Tour will be led by altruistic kidney donor, Gordon Rutty. Gordon, who this year walked 400kms around the Gold Coast to raise funds to help children attend the World Transplant Games, has dedicated his life to helping promote the gift of life.

Can’t decide what else to do while you’re in Perth for the Games.  Here are 5 adventures within easy reach.  Just pick your direction.
Read more

Launch of the Organ Donation Ambassador Program at Olympic House 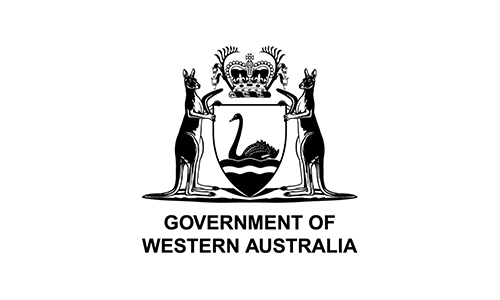 We acknowledge the Whadjuk people of the Noongar nation, the traditional custodians of the land on which we gather for the 2023 World Transplant Games. We recognise their connections to land, sea, and community and pay our respect to their elders past and present.

Stay in the loop!

Subscribe to our newsletter so we can keep you up to date with latest Games updates.